The History Behind Game of Thrones The North Remembers

David Weinczok is back so - "LET'S GEEK OUT ON CASTLES!"

David is a Canadian born, castle enthusiast, daily found waist high in nettles, tramping the ground of a Scottish castle. There are approximately 2,000 castles to conquer and David has put (to date) 400 under his own foot. Powered by a passion for history, and a love for the environment David gets to most of these sites via bicycle.

David has yet to find a dragon in his journeys. However, the patterns he noticed and the history he uncovered made him literally jump out of his seat watching Game of Thrones. He was watching a fictionalized explainer on the actual events of Scottish history and folklore.

There was a tourism companion to be written and a map to be drawn! David took on this challenge and the result is the newly released, "The History Behind Game of Thrones The North Remember" and the, "Scotland and the Lands Beyond The Wall Map". Both the book and the map aim to help enthusiasts visit the real life Scotish locations that inspired many parts of Game of Thrones.

PART 1:
Today's episode will feature two chapters from David's book and the Map. The next episode will feature two more. I editing I noticed that it was really long and wanted to make a clean break for listener ease. David also talks about his "fan boy" moment while observing Game of Thrones actors sharing a quiet and cominal moment that would have been unthinkable in the Game of Thrones series.

The first chapter we feature today will focus on the actual land of Scotland. Key points of geography and castles that serve as strategic defense points for both Scotland and Game of Thrones. So significant are these factors they led to the real life Black Dinner and the fictional Red Wedding! 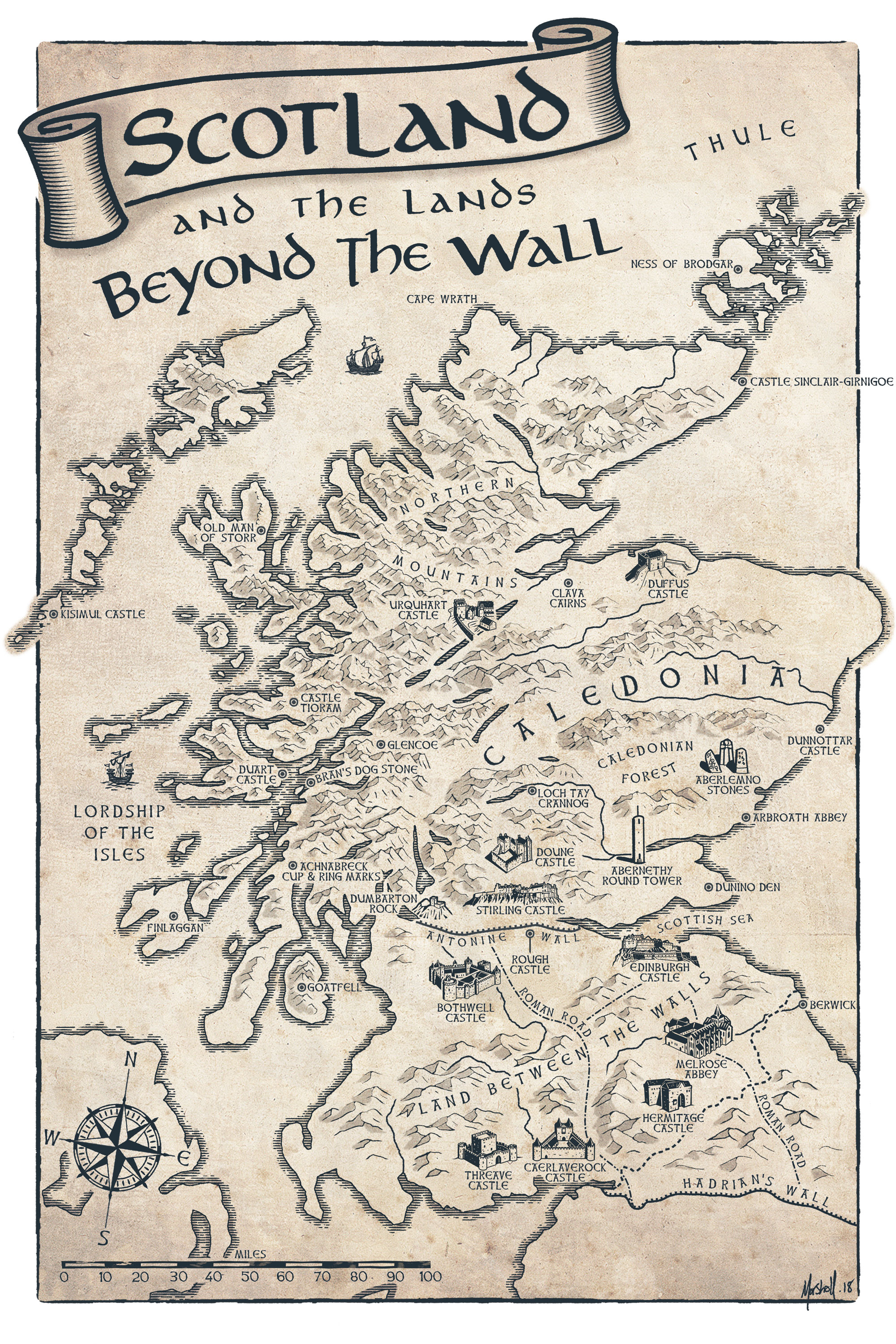 Scotland And The Lands Beyond the Wall Map, credit Bob Marshall, historical illustrator.

The second chapter will talk about the warrior's themselves. David compares the Lord of the Isles and the Isles men to the Ironborn. In a real battle David says he would pick the Islesmen. He makes some interesting observations. Lastly, we talk about the art or lack there of as seen in these two cultures. David reads a portion of his book that captures these sentiments perfectly.

Please see the links below to find David's book and the map.